Every member of Ethnos is an essential part of the life and mission of the community; a true spiritual community has everyone contributing their God given gifts and passions. Some are called to organize, lead, and oversee particular areas of life and ministry - at Ethnos, this is the Staff & Elder Team. 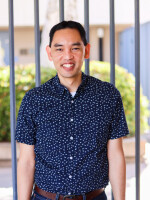 Scott grew up as a 5th generation Chinese American in the church that his father led. There he met his wife Lydia, who is also Chinese American. Scott is a native southern Californian, and his search for a church that embraced both his cultures led him & Lydia to Ethnos Church, where Scott served first as a resident intern and now as a Pastor. 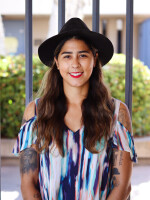 Mariah was born and raised in Los Angeles, California. She received her Bachelor’s Degree with a minor in Biblical Studies at Hope International University in Fullerton and received her Masters of Divinity with an emphasis in youth, family, and culture at Fuller Seminary in Pasadena. Mariah was also ordained in 2019. When the pandemic hit, God led Mariah to the San Diego area where she discovered Ethnos and was drawn to how Ethnos represents Jesus, such as inclusivity and multicultural embrace. 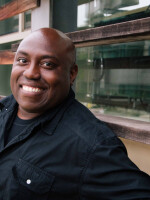 Eric, born in Birmingham, Alabama, spent most of his early years living between Lake Charles, Louisiana and Birmingham. As a musician, his pursuit of multiethnic worship music has taken him to different countries throughout the world. His journey eventually led him to San Diego, California where he became Worship Director at Ethnos. 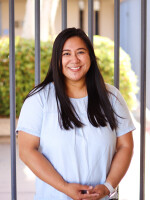 Joy is a 2nd generation Filipino-American who was born in California, but grew up in Hawaii. There she met her husband Reyn, who joined the Navy which eventually led to them moving to San Diego. Because of Hawaii's diversity, it was important for them to find a church that embraced cultures and peoples of all kind. They googled multi-ethnic churches, discovered Ethnos, and have been attending ever since! 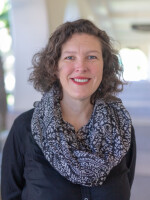 Yvonne is originally from the east coast, living mostly in New York State and New Jersey, where she met her husband David Rideout, a research scientist whose career led their family abroad to Germany, England and Canada. Looking for a place where their children could grow in the multi ethnic environment they had experienced abroad, Yvonne and David visited Ethnos when they first moved to San Diego and have attended ever since. Yvonne is a credentialed elementary school teacher, and works at SDSU as an Executive Assistant. She chose to accept the role of elder as a way to serve and love the folks in the Ethnos community. 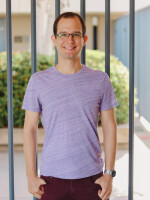 John was born and raised in rural Indiana, where he began to explore a relationship with Jesus Christ at age 16. Before completing his degree in computer science from Purdue University in Indiana, John came to San Diego for a software engineering internship at Qualcomm in 2012. He discovered Ethnos and found an accepting community that welcomes how each person chooses to worship. When he began his first full-time job at Qualcomm in 2013, John joined the children's ministry and loved meeting and caring for people of all ages in the church. He continued to serve the Ethnos community until 2017 when he moved to Taiwan to study Mandarin for a year and a half. John returned to his software engineering position at Qualcomm and his service at Ethnos in 2019. In 2021, he completed elder training with a desire to always ask the hard questions and keep the church true to its vision and God's will.

Home | About Us | Leadership